Normally, the driver who causes the accident is deemed liable, and his/her insurance company must pay for any injuries and damages.

But there are legitimate legal defenses that allow a person to avoid being held liable.

One of those scenarios is when a sudden medical emergency has caused the accident. 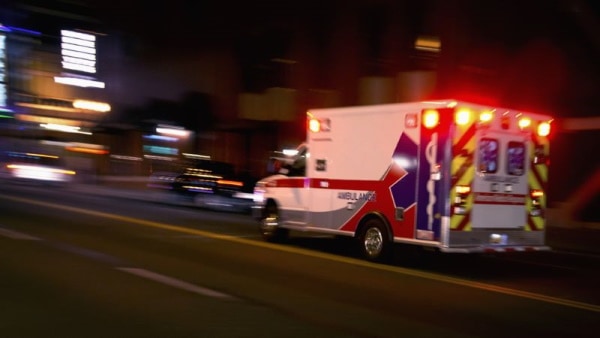 According to research published at NCBI, the ratio of car accidents committed by drivers with certain medical conditions such as mental illness, epilepsy, diabetes, alcoholism, and cardiovascular disease (CVD) was twice that of those without such requirements.

In this article, we explore when a driver can use the sudden medical emergency defense.

Medical Emergencies That Can Cause Arkansas Car Accidents:

In a sudden medical emergency, a person loses consciousness and is unable to control their actions, which leads to an accident.

The most common scenarios in which the at-fault driver can easily use the sudden medical emergency defense are as follows:

If the defendant claims that a sudden medical emergency caused an accident, the case becomes complicated.

A skilled lawyer can evaluate your case and advise you on your options.

It’s possible the defense’s argument doesn’t hold up, and you should proceed with a lawsuit.

Or, another party like the at-fault driver’s doctor may be liable for your accident.

In either scenario, you’ll need a skilled legal professional on your side to fight for the compensation you deserve.

Our attorneys have years of experience representing victims of Arkansas car accidents. You pay us nothing unless we win your case.

What Is Meant by a Sudden Medical Emergency?

A sudden medical emergency is a situation in which the at-fault driver may have caused the Arkansas car accidents unwillingly due to their medical condition.

In fact, such a scenario falls under the sudden emergency defense, meaning that the person can remain free of any legal accountability.

However, a person can only use this defense if the situation was really unforeseen with little or no time to think of any other reasonable action.

How Is Liability Determined?

Typically, the burden of showing evidence is on the victim’s side, who has to accuse the at-fault party.

But in cases like these, the accused driver must provide proof that they suffered a sudden medical emergency and were unable to avoid the accident.

The elements the at-fault driver must prove include:

If someone has a medical condition that can cause seizures and has been warned they should avoid driving, then the sudden emergency defense wouldn’t hold up.

Who Bears the Financial Liability?

If the accused driver fails to show sufficient evidence for the sudden medical emergency defense, they are liable for the injuries and financial losses they caused you.

It means that their liability insurance will cover the damages.

Even if the driver can provide medical evidence for the sudden medical emergency, the victim may still have a chance to hold other parties liable for the accident.

The victim can sue the driver’s doctor for allowing them to drive with a medical condition that could lead to an accident.

What Compensation Can You Recover?

The amount of compensation in a car accident case depends on the severity of the accident.

It also depends on whether you share some of the blame for the accident.

Under the comparative negligence law in Arkansas, you cannot recover any compensation if you are 50% at fault or more for an accident.

If you are less than 50% at fault, your compensation will be reduced by your percentage of fault.

Some of the damages that you may be able to recover include:

PrevPreviousTruck Accidents in Arkansas: What Statistics Can Tell Us
NextTruck Crash in Arkansas: Determining FaultNext