The Importance of Preserving Evidence after a Car Accident in Arkansas

Roads in Arkansas are super busy and congested during this time of year.

Perhaps this is why car accident attorneys in Arkansas are some of the busiest people during this season.

Preserving evidence is among the most important things to do after a car accident. 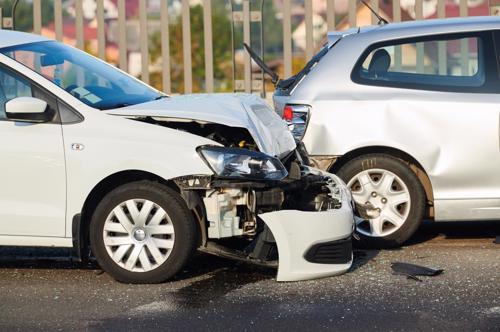 Everybody is in a rush and in such a situation the probability of accidents increases considerably.

More than 560 fatalities have been recorded from car accidents in Arkansas this year.

It should not be forgotten that one accident could initiate multiple problems for you.

Repair work for the car, medical treatment for injuries, and fighting legal cases are some of them.

All of this could take a toll on your finances and your mental health.

For the same reason, in case of an accident, it’s pivotal that you remain vigilant.

One way to save yourself is by preserving evidence after a car accident in Arkansas.

No matter how meager the evidence is, it could somehow prove to be helpful for your attorney at a later stage and would allow him/her to defend you better.

The biggest mistake people conduct is that they panic so badly in such a situation that they tend to tamper with the evidence or sometimes completely remove it.

This could further elevate your problems so don’t even think of opting for this route.

Understand that evidence is crucial for your case.

It’s natural that you completely shake from inside when something of this magnitude happens.

However, always redeem yourself and take the following steps to avoid further damage:

1.Take Pictures or Make a Video:

Chances are that once the accident occurs, everything gets removed from the accident location; especially the car.

This is because officials have to clear out the road.

However, before that happens, you should take pictures or make a video to record the extent of the damage.

If you do not have such evidence, then the other party could make any false claim and may charge you thousands of dollars.

Preserving evidence after a car accident in Arkansas could save you from a lot of troubles.

The only person who can rescue you in such a grave situation is a good attorney.

Don’t go for an unseasoned professional.

You need someone who is an expert in the field and knows how to pull the strings together.

Remember your attorney could solve half the problem for you so make you choose very wisely.

Attorneys can even guide you on how to preserve evidence and what can actually be counted as important evidence.

For example, if there is an accident and there is blood on your jacket, the attorney might suggest you don’t wash the jacket and keep it as it is.

In a normal situation, you would have just thrown it off.

Only a good attorney knows the nuances of such cases therefore, it’s best to trust them.

How Preserving Evidence After a Car Accident in Arkansas Can Help:

The next question is why do you actually need evidence? The answer is simple.

The judge believes in the things he/she is able to see or listen to.

So for example if you say it was not your fault.

Or that the other driver entered from the wrong lane, nobody is going to consider it true unless you have a video or a picture to support your claim.

Cases only become stronger on the basis of evidence.

Your attorney can play a very important role in the collection of evidence.

Here’s what they can do:

This is a letter sent to the other party by your attorney which could prevent or stop them from destroying any evidence.

For example, the letter could request the other party to submit a medical report which explains all the injuries.

Or, they could ask the other party not to get the car repaired as long as the case is running.

In such a way, there are fewer chances of evidence getting tampered with.

In Arkansas, there are lots of roadside cameras installed.

Hence, if the accident has happened near a place where cameras are present, then your attorney can get that footage recovered and use it to your benefit.

Sometimes it could be really beneficial for insurance claims.

Witnesses could prove to be your most important asset.

Usually, roads are crowded with people.

While some refrain from giving a testimony there are many who are ready to help.

A good attorney could sit with such witnesses and help gather crucial statements and data.

Preserving evidence after a car accident in Arkansas is a common practice.

However, even a tiny bit of negligence in this process could cost you a lot.

It is essential that when you seek legal help or contact an attorney, they should have a full grasp over the case.

They should know how the evidence could be used to the client’s benefit and help them win the case.