The Difference Between Car and Motorcycle Accidents in Arkansas

The roads of Arkansas are a dangerous place.

Doesn’t matter whether you’re on a car or a motorcycle, accidents can happen in any shape or form and the damage, to any extent.

When it comes to fatalities, there is a considerable difference between car and motorcycle accidents in Arkansas. 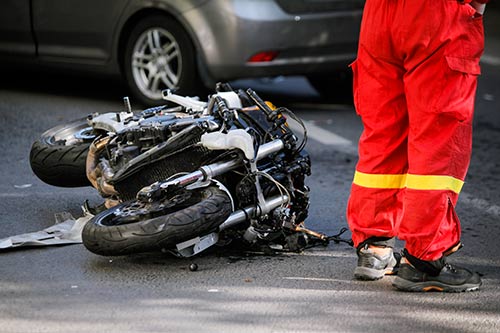 In today’s world, driving has become more of a necessity.

And for the same reason, there are more drivers on the road.

Therefore, a higher percentage of accidents.

In just the first 8 days of 2021, Arkansas has reported 11 fatalities due to road accidents.

Road accidents are no joke.

There is a distinct difference between car and motorcycle accidents in Arkansas, but they still can be dangerous.

You often might think that your driving is immaculate and that you would never get into an accident because you know what you’re doing.

However, all it takes is one small mistake that can cause everything to change.

Whether you’re in a car or on a motorcycle, the difference between car and motorcycle accidents in Arkansas is immaterial if safety precautions are not adhered to.

The thrill of driving recklessly isn’t worth the damage it can cause.

If you or a loved one is ever involved in a car or motorcycle accident, feel free to contact our office.

We are only here to help.

Why Do Road Accidents Happen in the First Place?

There are quite a few reasons why road accidents occur.

The dynamics of both, car and motorcycle accidents may stem from the same nature.

However, any difference between car and motorcycle accidents in Arkansas is still there.

Car Accidents happen for a variety of reasons, which can include:

This usually refers to drivers using a cellphone or talking with a fellow passenger(s) while driving.

Drivers in a lot of instances tend to drive when they’re tired or sleep-deprived. It’s obvious that the concentration level would be lower, which puts the driver at a higher risk of running into a car accident.

Intoxicated drivers are another major reason for car accidents. All forms of intoxication impair the human senses and thus, impact the reaction time when you’re driving.

You’ll find many car drivers who are often driving recklessly in traffic. That leads to more chaotic roads. Such roads make the worst places for accidents to occur.

Most motorcycle accidents are linked to the following reasons:

Most motorcycle accidents are attributed to cars making left turns and colliding into oncoming motorcycles from the opposite side. The car comes directly in the way of the motorcycle all of a sudden and the motorcyclist isn’t able to stop in time.

Just like car drivers, motorcyclists can be intoxicated as well. In either case, where one of the drivers are drunk or intoxicated in any form, they are putting themselves at a higher risk of being involved in a road accident.

Another Attribute in common, bikers also tend to drive recklessly when they’re out on the road. Whether it’s on an empty road or a congested highway, such behavior should not be advocated in any manner.

Motorcyclists often weave in through narrow spaces while they’re out on the road. That too on high speeds sometimes. All too often, objects lying in the way are not predictable and the motorcyclist crashes before they can even react to the situation.

Is There a Difference Between Car and Motorcycle Accidents in Arkansas, in Terms of the Danger Level?

The answer to this, unfortunately, is yes.

The thing about cars is that the driver is in an enclosed space.

The car’s frame and windows can sometimes act as a safety barrier between the driver and the outside world.

In case of a collision, the driver may most probably remain within the car after the collision has happened.

In case of a motorcycle accident, the driver may end up being thrown off the bike and onto the ground.

Another reason for an increased danger level for a motorcyclist is that a motorcycle is deprived of the safety features a car has.

On a motorcycle, you won’t see any seatbelts or airbags which can potentially reduce the impact on the driver in case of an accident.

The best thing to do in both cases is to follow safety precautions and to drive responsibly.

Driving isn’t always just about not being at fault.

Drivers should always be cautious of their surroundings and take into account that sometimes, incidents can occur where being proactive can save lives.