Driving on the road comes with many hazards. One such hazard is drowsiness which can cause many car accidents in Arkansas.

Drowsy drivers already account for much of the driving accidents that occur on a daily basis. 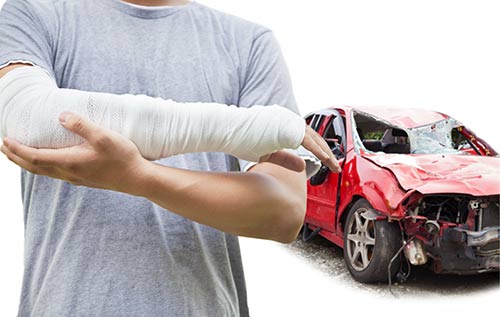 There are many reasons for this drowsy behavior of drivers.

Amongst teens, this behavior can be directly attributed to early school timings.

According to a study published in the Journal of Clinical Sleep Medicine, adolescent driving behavior was affected by early and late school times.

Any local body aims to ensure such incidents occur sparingly.

Thus, if car accidents in Arkansas are to be reduced, schools can start later than their current ones.

As stated above, later school times have a direct correlation with car accidents.

If car accidents in Arkansas are to be lessened, the notion that schools be started later than their current timings must be adhered to.

Not only does this result in extra time for teens to sleep in, but they are also more vigilant in their studies.

Perhaps the most significant advantage of later school timings on teens’ lives is that they can fulfill their required quotas of sleep every day.

According to a John Hopkins study, teens’ daily sleep requirements are slightly more than that of kids aged about 10.

The reason cited for this extra hour or so of sleep is the onset of a second development phase, according to doctors.

Growth and changes are ever-present in teens who have constant pressures to transition themselves into adulthood.

Hazards of Driving While Drowsy:

Many driving behaviors lead to accidents and injuries on the road.

One such action is drowsy driving which contributes a great deal to unsafe road driving.

Data indicates an excess of 1000 traffic accidents occurring due to drowsy driving.

Other studies put drowsy driving on par with driving under the influence.

Meanwhile, staying awake for 24 hours amounts to 0.10% BAC, which is higher than the legal limit while driving for most states.

If drowsy driving is equivalent to drunk driving, drivers are less mindful of their surroundings.

It leads to lower attention spans, poor decision-making, distracted behavior, and above all, the risk of falling asleep while on the wheel.

According to the NHTSA, there were 795 casualties in 2017 caused by drowsiness while driving.

As asserted above, teens are in the developing phase of their lives.

There are constant changes to their bodies as they grow into adults.

The world becomes clear to them, and they learn new things.

Then there’s the added pressures of academia and trying to make a name for oneself.

The only way to allow teens to keep their focus is by ensuring their sleep cycles are kept optimized.

Even John Hopkins, a leading medical research voice, states that for teens to get more sleep and keep their circadian rhythms in check, schools should be allowed to start later.

The study observed patterns of drowsy driving and change in school timings for teens.

It found out that in Virginia, adolescent drivers aged between 16-18 saw their crash rates decreased from 31.63 to 29.59 within two years of the school, starting later than it initially did.

Signs That You Are Drowsy Driving:

The signs that you are drowsy while driving is similar to the ones experienced during regular working hours.

Yawning and blinking frequently are the most visible signs of drowsiness, while other signs include erratic driving behavior.

You may forget your exits, or drift to different lanes during driving, or hit a rumble strip and wake up.

A driver must take all these signs seriously, and at once, you should become alert, halt for a while, or use some water to wash your face.

Need Help After a Teen Car Accident in Arkansas? Call Us:

Car accidents in Arkansas are quite common and can occur due to various reasons, including drowsiness.

As specialist car accident attorneys, we can help you defend yourself against a claim or get financial remunerations after such an incident.

We understand the post-accident difficulties of the affected and can offer swift help in resolving such ailments leaving you free to live carefreely.