According to Arkansas State Police, five people died in Arkansas roadway accidents on November 1 and 2.

On Monday, while on Interstate 530 near Redfield in Jefferson, a Little Rock man died in a single-vehicle accident.

While driving a 2005 Acura northbound at 6:52 a.m., Terry Lester Mitchell, 43, drove onto the interstate’s left shoulder as he tried to negotiate a curve.

As a result of over-correcting his steering, Mitchell caused his vehicle to slide across the interstate’s lanes before going into the ditch and crashing into a tree.

He was pronounced dead at the scene. 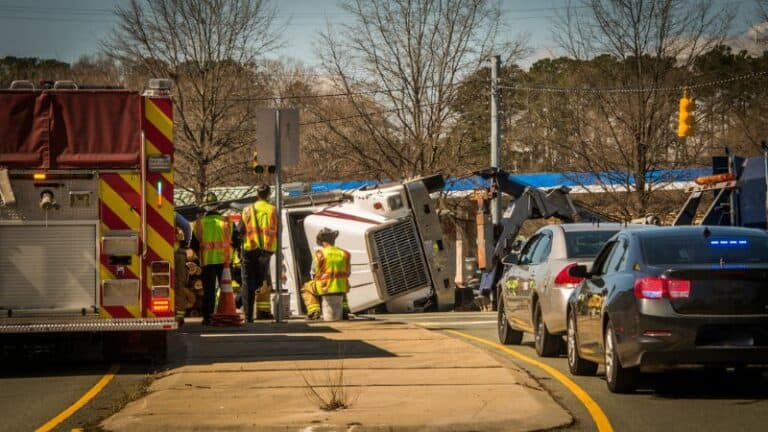 On Monday morning, while on U.S. 63 near Sedgwick in Lawrence County, a Pocahontas woman died in a head-on collision.

As she traveled south in a Chevrolet sport-utility vehicle at 9:45 a.m., 20-year-old Shelby Plumley got killed when 51-year-old Marty Champlin of Walnut Ridge, who was traveling northbound in a 2008 Chevrolet pickup, crossed into the southbound lane and hit Plumley’s vehicle head-on.

At the time of the crash, weather reports showed clear skies and dry roads.

On Sunday morning, just 3 miles south of Stamps on Arkansas 53 in Lafayette County, a 19-year-old woman from Springhill, La., died in a single-vehicle accident.

While she traveled northbound in her 2007 Nissan Sentra at 9:30 a.m., Jennifer Renae Hicks crossed the centerline and traveled along an embankment on the highway’s west side before striking a tree.

The weather was clear, and the road conditions were dry.

While traveling on South Kerr Road in Lonoke on Sunday, a 49-year-old Cabot man—the driver of a 2007 Nissan Altima—was killed when he drove off the road and crashed into a tree.

After failing to negotiate a curve and losing control of his vehicle while traveling westbound, William L. Phillips Jr’s car skidded off the road and struck a tree before coming to a stop on its side while facing west.

The accident report did not include the weather conditions at the time of the accident.

On Sunday, around 10 p.m. at the intersection of Jackson Road and Arkansas 244 in Benton County, a 51-year-old Siloam Springs died while another suffered injuries in a single-vehicle crash.

While traveling northbound on Jackson Road at a high rate of speed in a 2001 Hyundai Santa Fe, driver Billy Crittenden and 53-year-old passenger, Jimmy Crittenden, failed to see a stop sign at the end of the roadway.

Their vehicle crossed the highway before it hit an embankment and flew 50 feet before stopping.

The weather conditions at the time of the accident were cloudy and rainy with wet roads.

According to an Arkansas State police report, 537 people have died in Arkansas roadway accidents this year.

If you or your loved one are hurt in any motor vehicle accident, contact our office and speak with an Arkansas car accident attorney right away.

You may have a potential legal claim.

PrevPreviousWhat Can Happen if You Don’t Go to the Hospital Immediately After Your Arkansas Car Accident?
NextIs the Rear Driver Always at Fault in a Car Accident?Next